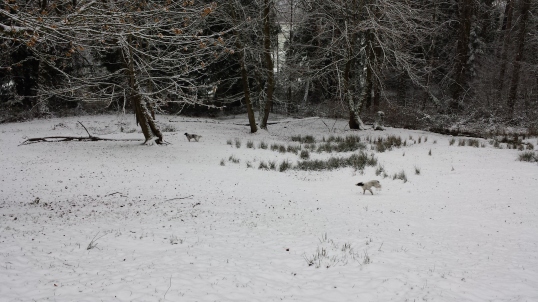 Happy New Year!  When I look at the calendar and see 2017 it seems so surreal.  It’s such a science-fictiony kind of date for those of us born near the middle of the last century.  But here we all are, still grunting along, with the proverbial two steps forward, one step back still in heavy rotation (one might agree that equation is backwards, in light of the year just past).  There were a lot of “good riddance” attitudes as 2016 faded into history, as there are at every New Year.  Each year deals its own challenges as time and life progresses, be it natural disaster, personal losses, or global events. This year it seemed as if there were more of the “don’t let the door hit you on the way out” type sentiments (as if the turn of a calendar page could transform anything), with several high profile celebrity deaths happening to bookend the year, and in the middle as well.  Our celebrity culture tells us that these celebrities’ deaths are “Breaking News” and social media lights up with mournful responses for each one.  Certainly these people do affect our lives with their talents, entertaining us and perhaps changing our outlooks or inspiring us such that our own trajectory is altered.  Of course even in this, our lives, and life courses, are self-generated, with any course change or goal achieved being of our own volition, or any lack thereof being also our own choice. When people are lamenting the loss of one celebrity or another I remember the Walt Whitman poem “Oh Me! Oh Life!” from his Leaves of Grass, which ends with the potent line:
“[Answer] That you are here—that life exists and identity, That the powerful play goes on, and you may contribute a verse.”  And of course the equally powerful natural follow up to that last, magnificent line: What will your verse be? (And yes, I know, I quote a dead celebrity [in a movie] with this line, but there you have it.)

In other powerful revelations, I maintain my long-held belief that the epitome of civilization, the absolute pinnacle of mankind’s achievements—and I’m not kidding when I say this—is: hot running water from a tap.  I am completely serious.  Go without electricity for a week and you’ll find you can cope. If you don’t have modern central heating, a woodstove does an excellent job (and helps with cooking too). There are several make-do substitutions for almost any of modern conveniences, but running water, specifically hot running water, simply cannot be matched.  I learned this many years ago, when a winter storm left me without power for 5 long days. At the time I did have a woodstove, so kept the house toasty-warm that way. And hot running water was maintained with a natural gas hot water heater. So a delicious hot shower by candlelight, with hair dried sitting on a footstool next to the woodstove, kept things civilized.

Beautiful overnight frost on my windshield.

Here on my little farm though, I not only don’t have a woodstove (the place is so tiny I have no idea where to put it, and the most likely place would require eliminating half of my already paltry living room seating), I’m also on a well, with an electric water heater. So when the power goes out, I immediately begin water rationing, using water sparingly so I don’t run out the tank while I wait for the power to come back on. Or, in the case of this week, when we have long spells of freezing/below freezing weather, the wellhead and/or the pipes at the tank freeze up, and I’m again rationing water until the weather warms up. The temps dipped on Tuesday.  I saw this pattern was coming on Sunday and Monday, so did laundry, filled the sheep’s water trough, and washed my hair in anticipation of water rationing.  We did okay for a couple days, and still the freezing temperatures persisted.  Generally, if it doesn’t get above 32 degrees Fahrenheit during the day, and also dips into the low 20s or below at night, the freezing of the water supply is at risk.  We had this all week, with temps in the mid and high teens at night, and barely climbing to 33 or 34 degrees during the day.  By Wednesday I could see the water pressure was waning, as the water coming out of the taps was beginning to slow.  This meant the tank was emptying and not refilling.  Thursday morning as I was readying for work, she gave up the ghost.  No water.  Dang.

Sir Terry, the handsome ram who’s visiting for a few key months, and his harem.

I stopped at the store on the way home from work that night and bought 5 gallons of water (because of course I haven’t stockpiled water).  I used all but one gallon that night, as I boiled up a gallon to bring out to the sheep (poured into their frozen trough, it melted some of the ice and gave them some water until it froze over again), filled the dogs’ bowls (because of course those had gotten low, too), and used some for washing up.  On Friday I stopped and refilled those four 1-gallon containers.  Saturday I was still without water and bought another 3 gallons of water.  Though the temperature was slowly rising, it really needs to get to at least 35 degrees for 24 hours before things thaw enough.  This little hillside is a cold hillside, with negligible direct sun this time of year and both the wellhead and the tank being in perennially shaded areas.  On Sunday the temps were supposed to rise some more, but I was concerned it wouldn’t be enough to thaw things.  It had now been almost a week without a proper shower, and going outside with the dogs for potty was getting old (and a bit chilly!).

I went down to the well head – a little box at the bottom of the pasture.  I threw a rug, still warm from the clothes dryer, over the pump.  And realized I needed to do more.  So I cobbled together no less than 6 extension cords (that last 9-footer made it!) and put an electric heater in the box, on low, and left it for a 45 minutes or so while I fed the sheep and cleaned up the garage.  After nearly an hour it was nice and toasty in the box, but the tank up by the house wasn’t budging.  So I took the heater, with only one extension cord this time, and put it in the tiny shed that the tank lives in on the side of the house.  I kept checking on it, and moved it closer and closer to the piping.  Finally, an hour into it (two hours if you count the time at the wellhead), I began to get water out of the tap.  Hallelujah and happy dance.  Let there be water!

Frosty woods out back. The kicker, to be filed in the “it’s always something” folder, is I absolutely LOVE this weather aside from the frozen water aspect.  It’s been mostly clear, so lots of blue sky and winter sun (yes!), and even when it’s mere 24 degrees out there, I find it comfortable (no wind to speak of, so wind chill isn’t a factor).  The ground is frozen solid, so no mud (HUGE), and it’s beautiful to look at the frost-laden landscape. What’s not to love?

I waited a reasonable amount of time to be sure the water was staying on, and then ran the dishwasher (packed full after a week), and a load of laundry (also full).  Then, when it looked like all systems were go there, I got into the shower for the first time since Monday.  Baby wipes and sponge bathing had kept me reasonably clean, but I hadn’t washed my hair since Monday, and it was wonderful.  I was able to wipe the counters clean with a damp cloth for the first time in days, and really clean things in the kitchen.  Sunday’s temps are rising a little but the ground is still frozen solid, so I’m glad I made the effort.

Gratuitous cuteness.  My little pack, all tuckered out after romping outside for a few hours.

A Must Read for Pet Professionals!

Keeping Our Family's Bellies and Minds FULL.... One Dish at a Time