Archive for the tag “Spring” 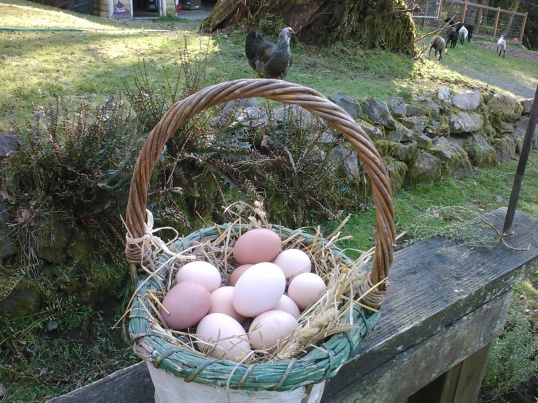 Spring is here and the girls are laying like crazy.

I love spring. It’s probably my favorite season, if I had to pick a favorite. But it also causes a lot of unsettlement with me. Every year I get scattered and even a little stressed with the growing list of things I want to do with the warmer weather and longer days. Most of the list is the same from year to year; the annual chores that come with the changing of the seasons. Things like yard clean up after the winter (picking up sticks is front and center), planting and grooming the various beds around the house, reconfiguring planting areas and moving things, evening out the terrain grown lumpy and pocked with mole activity and dog digging, and of course weeding, planting, and more weeding. As I look around this year I feel as overwhelmed as I always do, and maybe a little more. 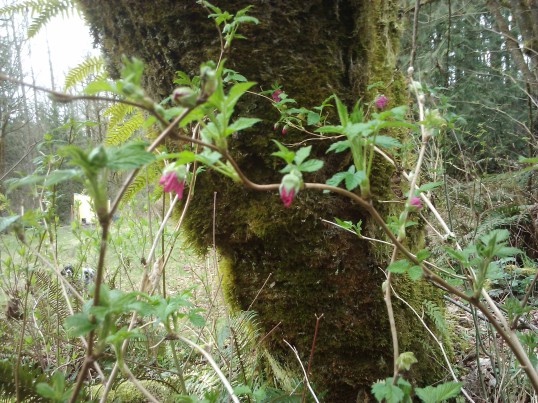 After my past winter of not-good health, I’m working consciously on not overdoing it this spring and continue the healing process to get back to full health, and I know that this spring overwhelm is not good for healing and full recovery. I know I have to take it easier than I have in past years. So I’ve decided to take the full-on veggie garden off the docket this year. I love growing my own food, but it creates a ton of ongoing work for me, and there’s always the spring stress to try and get the beds prepped and ready, and the seeds planted, in a timely manner. Every year I feel at least a month behind, and often lose out on harvests because I’ve planted too late for something (say, my squash patch) to grow and ripen in time; a lot of work for nothing. I may put in a few small things that grow without much trouble or pests (green beans and zucchini, maybe some winter squash), but probably nothing in the way of greens. The kale is usually covered in cabbage worms and slugs, and the lettuce is a slug nursery. Even the root crops attract lots of slugs (and cutworms). A year off will be good for the garden, too, and give the chooks a chance to really clean it up. I’ll work on knocking back the nettle invasion instead. 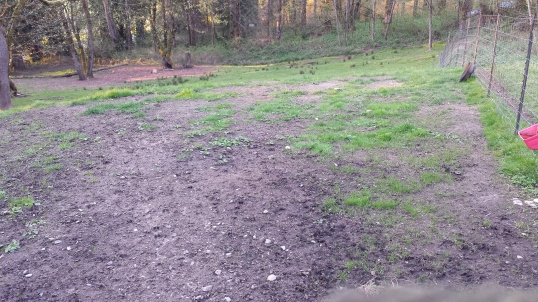 Reseeded the high traffic area where the sheep like to hang out. The seed has sprouted but some more time, and sunshine, is needed.

In growing here, I’ve found I have a few challenges. Every site has its challenges, but the shade factor is a bigger one here than I anticipated. The property faces the west, with the pasture hillside canted to the north, and I am ringed with giant trees – cedar, fir and maple on the south border, massive cottonwoods with cedars and maples to the west, and dozens more massive cottonwoods to the east (north too, but that’s not a factor for sunlight).  Sunrise takes a while to come over the hill AND over the cottonwoods, and sunsets are peekaboo at best. And only May, June, and July have decent sun, when it’s mostly overhead. The rest of the year it struggles to get through the canopy to what I want to grow most: grass. Lots and lots of lush green grass as fodder for my flock. 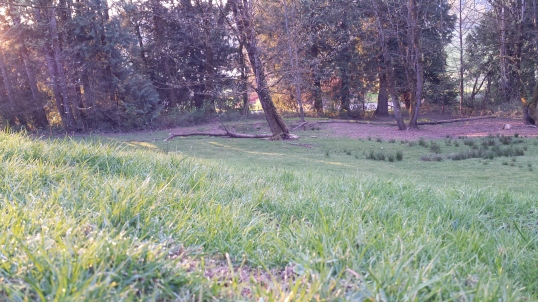 I’ve been keeping the sheep off the pasture, though they collect at the gate when I let them out of their winter pen, hoping to get in. I’m trying to let it grow, but due to the lack of decent sun, it’s slow going. I drive to and fro on errands and work commute, and look out over sunny, healthily growing pastures with envy. An acquaintance with sheep and a fantastic blog is regularly posting photos of her sheep lambing in green pastures, the grass already growing lush and green. Me, all I’m growing are some fabulous patches of healthy chartreuse green moss. It seems like it’s thicker than ever this year, which would make sense – five years of tree growth creates that much more shade. Of course soil amendments would help too. The sheep distribute manure liberally, and I need to apply a ton of lime, too.  No, really, I mean a full ton is probably the amount I should spread. I need to do a soil test first, before I pour hundreds of dollars in soil amendments onto the property, but a part of me feels like it’s just a money pit and I’ll get no benefit. 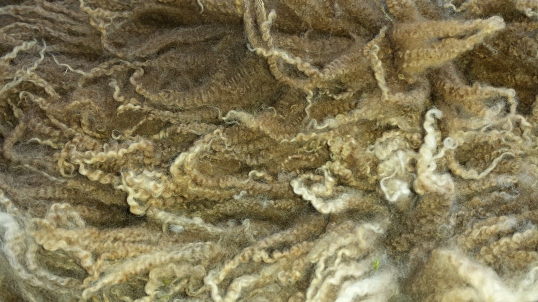 I need more grass to grow more of this. Nutmeg’s first fleece.

So I basically have a problem I can’t solve (the desire to move to a new home with literal greener pastures) and am once again eyeing the trees. I want to take down at least half a dozen to open up the canopy and get some sunshine to the grass.  It’s mostly maples and maybe a fir or cedar or two, and can’t figure out how to go about getting this done. Hiring a tree guy would be the easiest, if I had a few thousand dollars. I called a couple numbers I had for potential wood cutters (people who cut firewood for a living) I thought could be interested (free firewood! – u cut u haul!)) but no dice. I had a guy interested a couple of years ago, referred by a friend, and even traded him a riding lawn mower I had, in advance, for helping me out (he cuts firewood for others, so the trees would be valuable to him too). He came and got the mower right away and I basically never heard from him again. I called him a couple of times and got “I’ll call you back” type of replies. I didn’t need or use the mower, and though it ran it did need a little work, so I suppose it’s no real loss to me other than the trade/barter value I lost. I hope he’s gotten good use out of it. 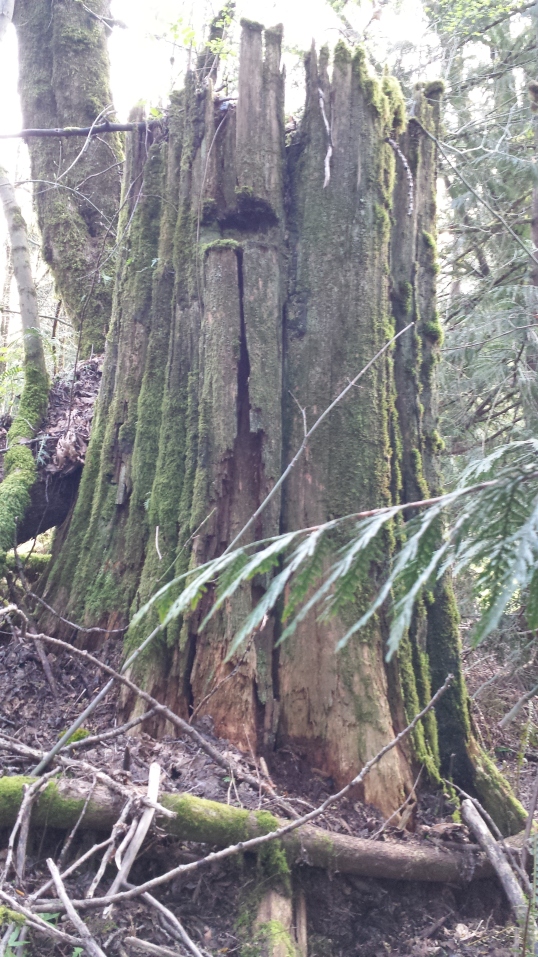 This property has a long history of growing big trees.

I’m still scheming, and may run an ad locally to see if anyone is interested in my timber. I know I can’t remove more than 5,000 board feet per year without a permit, but getting that much out of here would be huge. The forest will take back the land, and it’s working on that.  What I’m looking for is a bit of a haircut vs. a clear cut, just to keep things in balance. 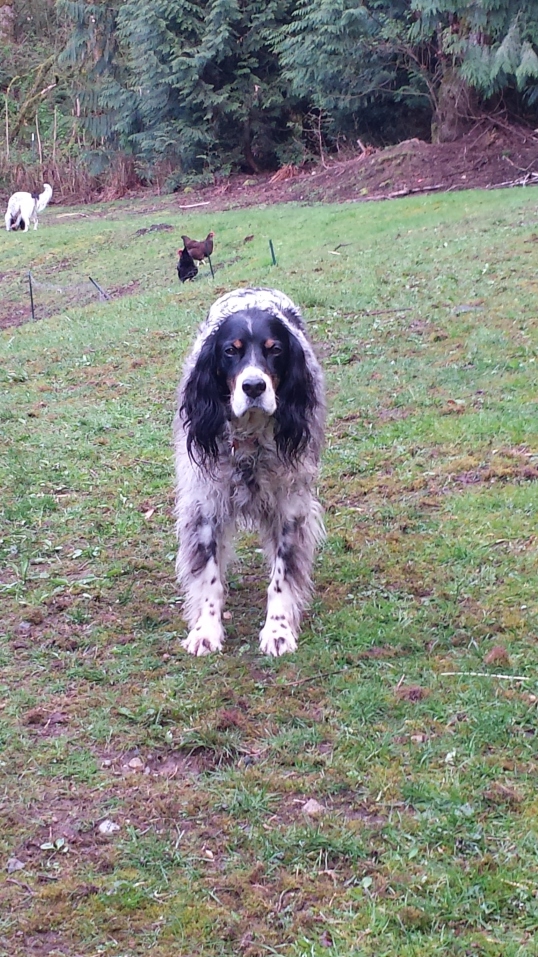 Gratuitous cuteness: Farley waiting for me to throw the ball for him. We just had our 9 year anniversary together – he’s probably about 11 years old now and as handsome as ever.

You forget about the smell

All winter long (and it was long) the wind blows and the cold rain comes down sideways and you just put your head down and hunch your shoulders  and count the days, first to the solstice, then to the first day of spring.  Of course the first day of spring arrives much earlier than the calendar date.  It’s the February glimmers–the days are noticably longer, the robins are singing in the mornings, and there’s the sneak peek of freakishly warm weather.

Once it arrives in earnest, it can’t be stopped, and that’s when you notice it–the beautiful green smells of spring.  In March, when it’s still cold and wet, you get a whiff of something…alive.  Growing.  The first blooms are beginning to open, and the delicate scents of spring bulbs and early flowering trees perfume the air.  You realize then that you’ve missed this all winter long, when the only smell was the clean, metallic crispness of the occasional fresh snow.  Now that it’s here, you inhale the scents, breathing the intoxicating bouquet of new life and regeneration.

Now it’s May, and the air is laden with scent after scent as the trees bloom and leaf out.  You smile at the the incongruously delicate, sweet smell from the myriad dandelions blooming in your lawn, cheerful and bright and impervious; and delight in the purple-blue bells of wood hyacinth that are taking over neglected corners of border gardens.  You breathe deeply, inhaling the cologne of Nature’s rebirth, thankful for the scents, and that you’re not prone to allergies!